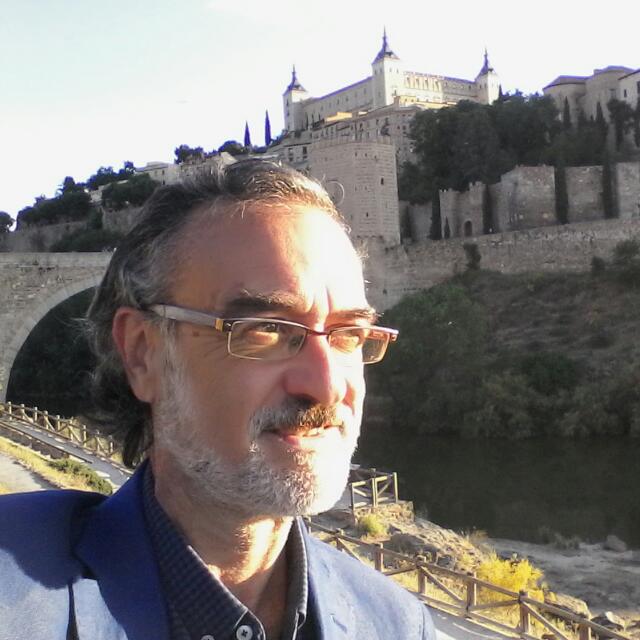 Ciudad Real, 1962. Graduate in Information Sciences (Image and Sound) and in Law. Both degrees at the Complutense University of Madrid. As a postgraduate training, he carried out a Master’s Degree in Audiovisual Production and various script and direction courses, in addition to several law related diplomas. His professional career in the audiovisual sector, includes work in the areas of direction and production in short films and feature films. He has also worked in the television world, both locally (Channel 28) and nationally (Antena 3 and Tele 5). During the years 94 and 95 he carried out research, cataloging and conservation of funds for the Filmoteca Española Film Museum. From 1997 to 2003 he was Film Advisor and Responsible for the Office of Cinema and Audiovisual Promotion of the Ministry of Arts of the Community of Madrid, in which he organized activities directly related to cinema. In all the editions made until 2003, he was the promoter and director of the Short Film Exhibition of the Community of Madrid, the Summer Film Circuit and the International Animated Image Festival of Pozuelo de Alarcón-Community of Madrid (Animadrid). He was also a member of the Superior Council of Audiovisual of the Community of Madrid, member of the Board of Directors of Filmad, the Association of Film Festivals of the Community of Madrid and Film Advisor of the Arts Area of ​​the City Council of Madrid. In addition to having been part of many cinematographic juries, he directed, in 2003, the short film “When passing the boat” and, in 2010, the documentary “How to see Egypt”.
Until September 2012, he held the positions of Director of Cinematographic Activities of Madrid Arte y Cultura SA, head of Cineteca (cultural complex dedicated to audiovisuals located in Matadero Madrid), member of the Board of the Madrid Film Commission, member of the Organizing Committee of Madrid de Cine (Spanish Film Screenings), and Director of the International Documentary Festival of Madrid, DOCUMENTA MADRID, which launched in 2004 and was in charge in its first nine editions. From January 2015 to September 2018 he was General Coordinator of the Pilar Miró Cultural Center of the Community of Madrid. Since October 2018 he is a film programmer at Cineteca.